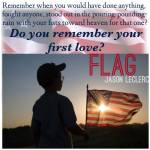 Riding high on the success of the MOMENTITIOUSNESS launch last year, it quickly became apparent that the most popular story, FLAG, had risen as the star of the book. Read the story here: FLAG.

Unexpectedly, an accomplished movie producer from New York contacted me about making the most popular story from MOMENTITIOUSNESS into a short movie. A year later, we have a manuscript; we have a budget. 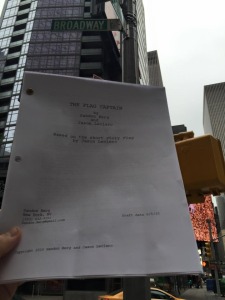 What makes us most proud about the film is that it is the collaboration of two very different people with our own preconceptions about what the American Flag means. One of us is a conservative Southern Christian and the other of us is a progressive New York secularist. That we could find common ground in this story is a testament to all we think the Flag, itself, is. 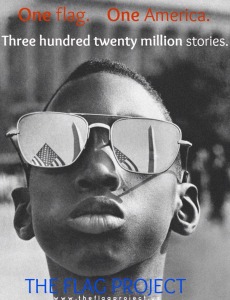 I’ve never felt for a moment that FLAG was mine, but that it belongs to all of us. As such, I think it’s only natural that we all have a chance to be a part of this unbelievable fairytale of a project. What began as an eight page idea has blossomed into a full-fledged screenplay with characters and names and sets and actors and a trajectory of its own.

While we have the manuscript sitting on the desks of folks in the industry, we have already made wheels start turning. We’ve already started spending money. We’ve scouted sites, we’ve reached out to casting agents, we’ve even received a verbal agreement from a director. Most excitingly, just last month, we did a read-through of the script with real actors ON BROADWAY in NEW YORK CITY.

We need to raise $100,000 to make and distribute this film. The nature of short films is that of “art for art’s sake.” We can’t promise returns to investors, so instead we are counting on folks who have a love for the arts, for America, for good story, and for following dreams. I offer no ownership stake in the project, but instead have thank you gifts to offer to supporters at different levels.

If I knew one hundred thousand people, it’d be buck-at-a-time easy. If I knew one billionaire, likewise. Because I know a bunch of hard-working people, we will have to arrive there just a little more indirectly.

This story, at this time, in this America, needs to be told. 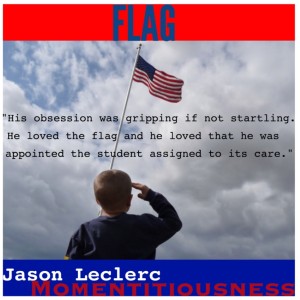 Help me hoist this FLAG. For every dollar we collect between now and July 10th, I have a donor who has committed to matching dollar-for-dollar everything raised through this campaign.